As virtualization has already conquered the IT environment, a lot of traditional solutions are on the verge of literal death. Tape storage would seem a perfect target to be “destroyed” by virtualization, but the truth is – tape will never die. With better TCO compared to any disk technology and active regulatory requirements, tape technology is only upgrading all the time. StarWind offers a convenient interface for tape libraries, merging them with virtual environment.

Physical cable length limits the usage of FC, SAS and SATA interfaces, restricting the distance between backup software and tape libraries. As it is not reasonable to install tape libraries in every datacenter, sometimes it’s impossible to implement tape backup even if all datacenters are in the same premises.

StarWind Tape Redirector is installed on a server with the attached tape drive, creating an iSCSI “gateway” to a tape library. Thus any backup application located on a remote server can transfer the data to the tapes over LAN or WAN using SCSI over TCP (iSCSI) protocol. StarWind Tape Redirector acts as a translation layer between virtual machines and the tape library, providing a VM solution with the interface for accessing the tape hardware. As a result, VMs gain access to the tape drives and perform backups directly to the tape library via iSCSI in loopback. 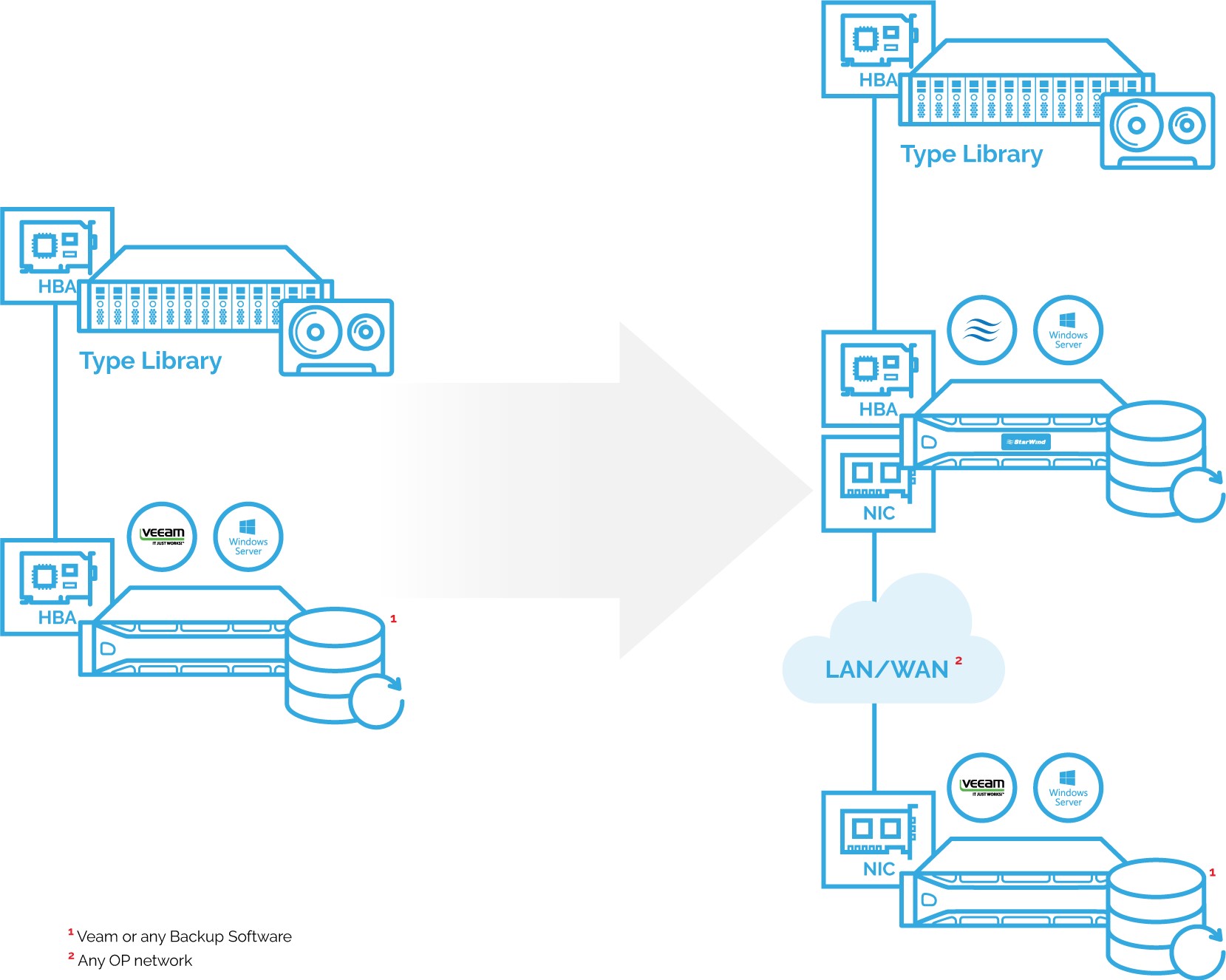 StarWind Tape Redirector allows the use of LAN or WAN to eliminate distance limitation of tape backup hardware.

StarWind Tape Redirector resolves the distance limitations issue between the backup server and tape drive, transferring backup data over any IP network using iSCSI. It also preserves the existing logical backup infrastructure when performing P2V migration and building virtualized backup system. VMs have direct access to the tape library via iSCSI as if it had been locally attached, and interacting with tape drives and loaders.