Fixed bug: StarWind Virtual SAN application got hanged on startup after Windows updates were installed and some Windows features/components were in the "Waiting for restart" state

Statistics for cache operations: cache hits rate, cache usage percent. This statistics is being accumulated starting from device creation or service start and can be reset for checking the exact time period.

Traffic priority management for sync channel has been reworked. Now it provides a more precise control of client traffic/sync traffic ratio on sync channel during nodes synchronization. For existing devices this parameter will be re-set to 50% after software update.

Fixed issue with the Management Console crashing when adding asynchronous replica to the existing device with Synchronous Replication, which has an old (V6) configuration format.
Old format assumes direct reference to .img file from HA device. Starting from V8 version HA devices use simple device as a storage.

Fixed issue with incorrect reporting of tapes in library for backup software. Device identifiers generator changed to use unique identifiers for new devices. Before the fix, IDs could be reused and client software could obtain incorrect information about VTL tapes in some cases.

Fixed issue with service crash while deleting a device with large cache under load. Service could crash in some cases, when a device had RAM cache in write-back mode and was loaded with writes, while the size of cache was relatively large, several gigabytes, and user deletes device using Management Console.

Size limitation of 16TB for single device is removed. Now the size of flat storage device is limited by size of file on the underlying filesystem.

ASynchronous Replication implementation reworked to use scheduled snapshots.
Source node creates snapshots by schedule and these snapshots are replicated to remote node. Local snapshots that have been replicated are deleted.
The number of snapshots to be kept on synchronous and asynchronous node are configured at the stage of replica creation.
Source device can be Flat storage or LSFS storage, replica is always created as LSFS device.
In case the source node is Flat device, additional disk space for write log is required.
Minimum network speed required for aSynchronous Replication operation is 100 MBps.

Added cases when fast synchronization is used instead of full synchronization. Fix for processing of underlying storage failures for case when Flat devices are used with Synchronous Replication. In some cases client could get disk error when storage failed on one node and is healthy on other node.

CDB length now set to 12 for vendor-defined SCSI opcodes (0xC0-0xDF) - to fix issues with SPTI access to some tape drives.

Fixed error in cache module: cache memory could be paged to swap file in cases when cache size is more than 4GB.

Updates in this build:

Fixed error with processing Cluster configuration records. If previous version was installed having configured Clusters in Management Console and installation was then updated to build 8716, Management Console crashed in a short time after start.

Updates in this build:

Files of devices are stored in separate folders to simplify management.
L2 cache settings for synchronous replica can now be set up on replica creation without issues.
Health Status section added to device properties with Synchronous Replication to simplify sync channel status monitoring.


Cluster section has been removed. It will be part of new management functionality, which is being developed now.
Minor changes.

Solved issue where RAID rebuild on the currently synchronizing node affected performance of other nodes.

If active node is being synchronized and its partner detects that is has limited performance, it stops synchronization and retries attempt after a certain timeout.
Optimizations for operation with LSFS devices.

Fixed issues of snapshots management, which in some cases (example: removing device with mounted snapshot) could lead to service crash.

Important: It is recommended to move data from existing LSFS devices, created on previous versions of the software, to newly created devices after update due to changes in internal data structures.

Service now requires 64-bit OS for installation. Management Console, VSS provider and StarWindX can be installed to 32-bit OS or to 64-bit OS.

For case of replicated devices, VAAI command may introduce overhead due to additional data synchronizations between replicas.
It is recommended to remove CHAP authentication settings before converting single-node device to replicated device. CHAP settings can be applied again once replica is added.

Fix for error with empty Browe window. It relates to old installations, which have been updated from version 5.8 to v8.
In some dialogs, where management console shows browse window to open the file or select file name for the new file, open dialog is empty and does not contain files and directories of the server.
It was caused by changes in default access rights for file browser in v5.8.

3-node replication on LSFS: fix for issue when nodes do not synchronize correctly after fail in some cases.

Error reporting for license registration procedure has been extended to make it more informative.

Fix for error, which led to service crash on tape unload in some conditions.

Deduplication option enabled. There was an issue with referencing deduplicated blocks, now it is fixed.

Known Issues (fixes are planned for the next update):
3-node replication on LSFS: in some cases nodes does not synchronize correctly after fail.
L2 cache: stability issues found in current implementation.
Initial synchronization for Asynchronous replica for LSFS device can’t be executed after creation.

Fix for processing device records that reference missing header files. Now they are shown in device list as non-active. If device files are removed from disk manually while service is not running, they was not showing in device list after the service is started. This could lead to error, when configuration file contains several records with the same device name (for example, several "ImageFile1" records).

Fix for issue with switch partner operation. If device has been created in V6 or older version of StarWind, and partner is changed with V8 replication manager, new partner received wrong Vendor ID and Product ID.

It was needed to change these values in new partner's header files manually. Now the issue is fixed.

Fixed processing for UNMAP/TRIM commands. Virtual device was failing in cases when underlying storage doesn't support UNMAP/TRIM commands, but client use these commands to manage storage.
In the same situation, Windows system that is connected to Target with iSCSI Initiator was reporting to system log event with ID 7: "The device,

- Performance fixes for ImageFile (including usage with SSDs).

- VTL now works with MS DPM. It still can’t make backup that use several tapes with DPM.
It is not major issue, as DPM has the same problem with other tape libraries ( for example, Falconstore VTL).
Also BackupExec and ArcServe write multi-tape backups to StarWind VTL without any issues.

- Fix for error on updating existing 6.0 HA devices that use CHAP authentication.

- Free license now have no limitations for single-node devices, as it was in V6.

Fixed bug with display of Virtual tape devices in Management Console.
They could be created but was not displayed properly in case of Virtual SAN for Hyper-V license.

This had two consequences:
1) slowdown of storage performance on writes
2) deduplication ratio stays around 1-1.1 even when disk stores a lot of duplicated data.

- Fixed issue with processing of stacked devices on license registration.
Stacked devices are devices which use one or more underlying simple devices. Example: HA on LSFS with L2 cache (ImageFile).
If service started without license and license is registered, these devices become functional only after restart of the service.

- Fix for error with processing information about physical format of existing physical devices on server.
Service could crash on start when some of existing storage devices report incorrect sector size with values more than 1 megabyte. 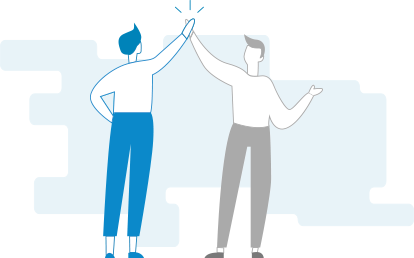 StarWind V2V Converter is the multi-format grandmaster of VM conversion that works with the speed of a stellar wind. Now that you’ve made sure of its undeniable advantages, you can only guess what the full range of our products has to offer. Only thing is that, with StarWind, you don’t have to guess: we always aim for the win.

If StarWind V2V Converter has already rocked your world, click on the button below to discover our business solutions and how StarWind’s experience revolutionizes the way the modern IT infrastructure operates.

Thank you for your application!

Ok, got it Learn More