The IT world develops extremely fast and the amount of data you need to store increases exponentially. Nowhere to go – you have to store a lot of data on different media such as HDD and SSD which can fail at any time. That’s why data protection becomes more important on a daily basis. Different vendors offer various solutions designed to create a protected storage infrastructure. However, most of them have certain restrictions and can not be integrated easily.

The most expensive and important asset of any company is the data. This means ensuring this asset is protected becomes a key challenge for any IT department. Different hyperconverged solutions offer vastly different levels of resiliency. For example, to achieve the redundancy of n+1 or n+2 for the environment, the solution will require a large number of nodes. Match that with a necessity of making sure your hardware is always in accordance with hardware compatibility lists (HCLs). Overall, combining the hardware compatibility and the number of nodes needed, it gets extremely complicated to build out a simple and well-protected hyperconverged solution. On the other hand, a physical SAN is still a popular way to add a shared storage into the infrastructure. A single SAN creates the so-called Inverted Pyramid of Doom (IPOD) where the SAN can become a Single Point of Failure (SPOF). In addition, it’s a complete overkill for environments smaller than 20 TB to have a replicated SAN with a required level of data protection resulting in an unjustified expense. This leads many companies into a dead-end where there is no way to balance resiliency and cost. 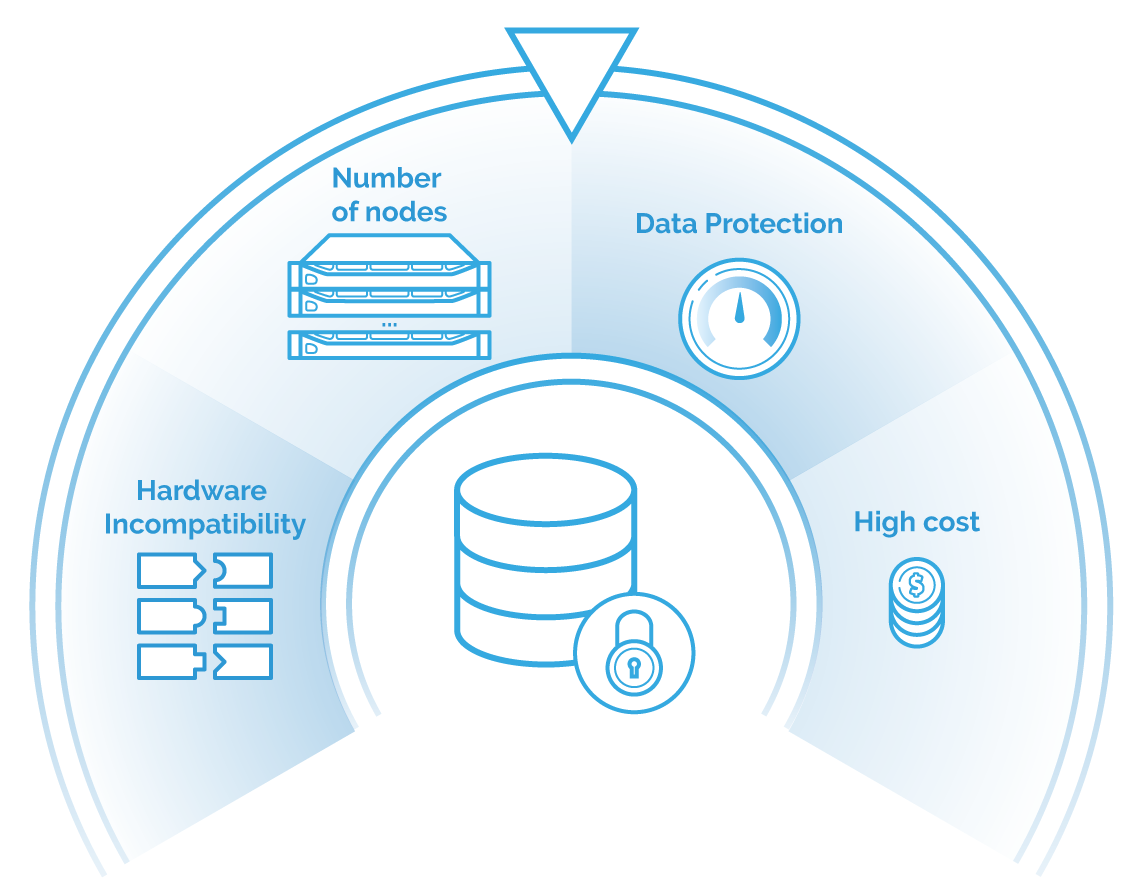 StarWind provides an alternative way to protect your data in hyperconverged scenarios. You can flexibly configure resiliency on each node, as well as do active-active mirroring between hosts. Starting from just a single node, you can grow your resiliency and capacity simultaneously by integrating the “grid” architecture and scaling the cluster with either physical nodes or public cloud compute and storage.

In addition, StarWind gives administrators hardware choice flexibility beyond strict HCLs since it’s hardware-agnostic and can be deployed on any commodity server. Storage configuration is also flexible as both hardware RAID and software-defined storage management is supported .

If we take an example of the resiliency on each node combined with mirroring, we would get something that looks like RAID 1 over network combined with a RAID configuration of your choice on the node level. For example, if you have an all-flash RAID 5 on your nodes, StarWind will give you RAID 51. With RAID 10, you will get RAID 101. 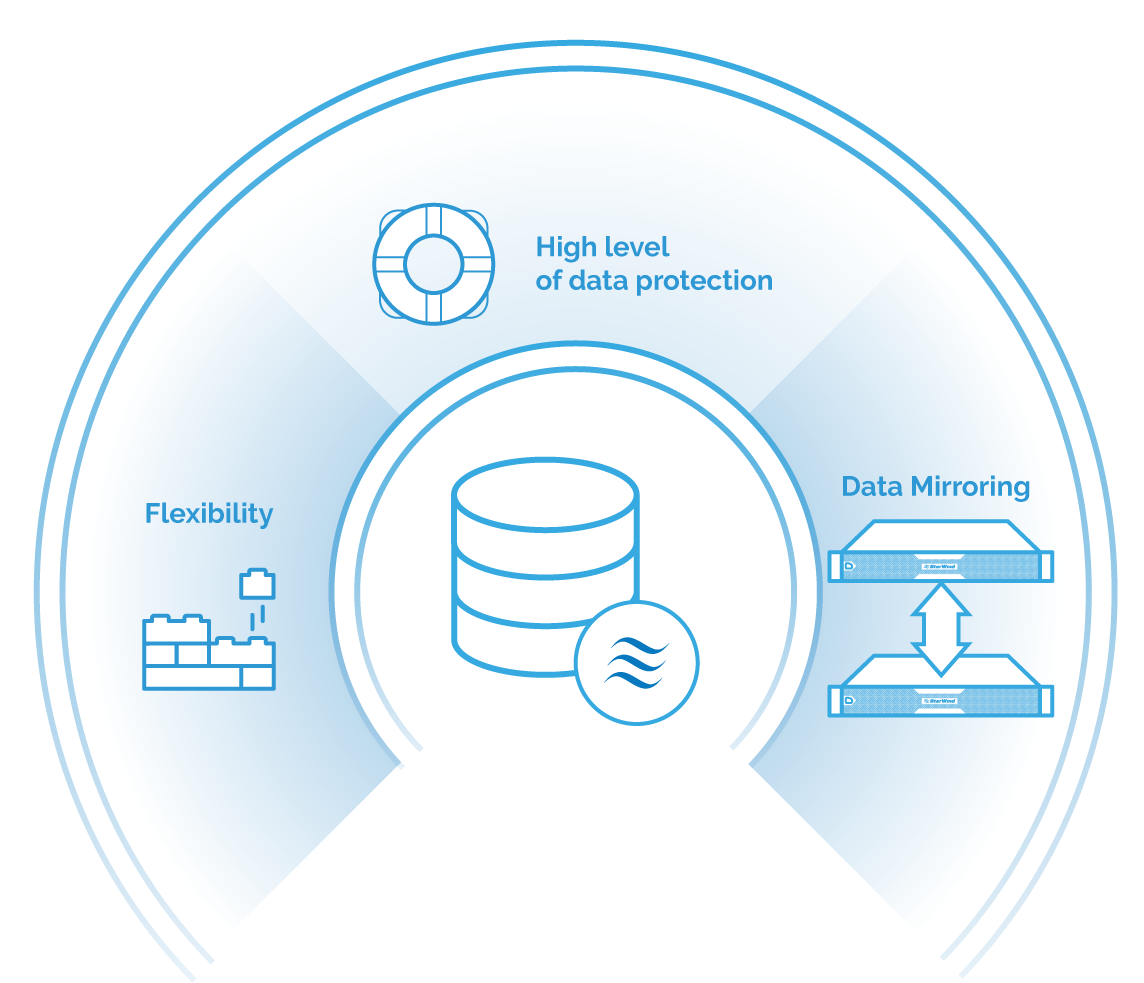 StarWind provides an additional and important layer of protection for your data. The resiliency level can be chosen according to your needs. You can start from just one resilient node and scale simultaneously with physical nodes or cloud resources. The StarWind-protected infrastructure can be easily built from scratch or integrated into the existing environment, saving your cost and time. StarWind ensures an unbreakable protection for your IT infrastructure by utilizing the existing storage for maximum data safety and adding additional mirror across the used nodes.

Save your time finding all the answers to your questions in one place!
Have a question? Doubt something? Or just want to know an independent opinion?
StarWind Forum exists for you to “trust and verify” any issue already discussed and solved
Visit StarWind Forum
Safe & Remote During COVID-19
StarWind VDI & Home Office