With the arrival of SQL Server 2016, customers enthusiastically welcomed the introduction of Basic Availability Groups in Standard Edition – a feature that is set to replace the now deprecated Database Mirroring feature. This provides an opportunity to enable cost-effective high availability and disaster recovery solution for mission-critical databases without the need for an expensive Enterprise Edition license. However, this also introduces confusion among customers who now have to make the decision to choose between implementing Failover Cluster Instances (FCI) or Basic Availability Groups. This confusion can lead to unnecessary hardware, deployment and operations costs that can make the licensing cost seem irrelevant. This paper discusses the difference between FCI and Basic Availability Groups in SQL Server 2016 Standard Edition to serve as a guide to choosing the right solution.

The Side Effects of SQL Server Core-based Licensing

Core-based licensing required a minimum of four (4) core licenses per processor which are sold in packs of two (2), where each SKU covers two processors.

SQL Server 2014 introduced yet another change in licensing: the right to install and run an SQL Server instance as a passive failover has become a Software Assurance benefit. If you are running a log shipping secondary, a database mirroring partner, a standby node in an FCI or a secondary replica in an Availability Group, you must purchase Software Assurance to get them licensed.

These changes in the SQL Server licensing model have created a major trend in data center management to minimize cost: an increase in virtualized and consolidated environments. Customers provision a high-end physical server, having processors with as many cores as possible, and license all of the cores with an SQL Server Enterprise Edition license plus Software Assurance. An unlimited number of virtual machines running SQL Server Enterprise Edition can be deployed on the physical host.

While virtualization and consolidation somehow reduced SQL Server licensing costs, it increased management overhead and bypassed the need for more granular recovery objectives and service level agreements. Every SQL Server virtual machine deployed on the physical host was treated the same regardless of recovery objectives and service level agreements. And while the underlying physical host can be protected by means of failover clustering, the SQL Server virtual machines are not. A powered down virtual machine due to a blue screen can be offline for an extended period of time.

The Drive Towards Enterprise Edition

Customers running an FCI continued to maintain their existing infrastructure and upgraded to later versions as appropriate. However, those running Database Mirroring were faced with the challenge of upgrading especially when the principal and the mirror SQL Server instances are running Standard Edition. The dilemma: either postpone the upgrade and run the risk of being in an unsupported configuration or make the leap and upgrade to Enterprise Edition.

These changes in licensing and new features made it very clear that Microsoft really does want customers to move towards Enterprise Edition. 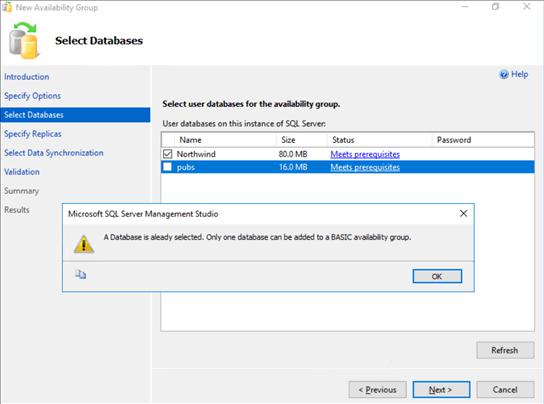 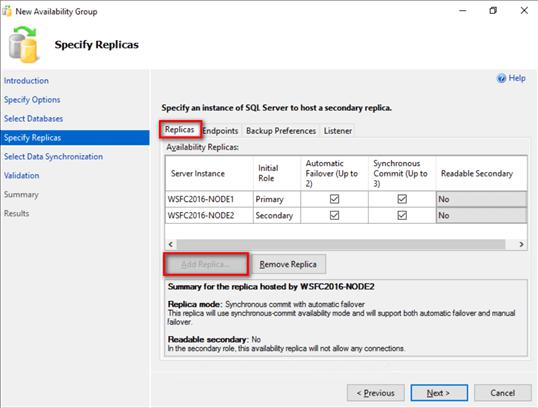 You cannot enable the secondary replica as a readable secondary. This is the same as Database Mirroring in Standard Edition. If you want to enable the secondary replica (or mirror partner in Database Mirroring) for reporting workloads, you need Enterprise Edition. No is the only option when you click on the drop-down list under the Readable Secondary column in the Specify Replicas page of the New Availability Group Wizard. 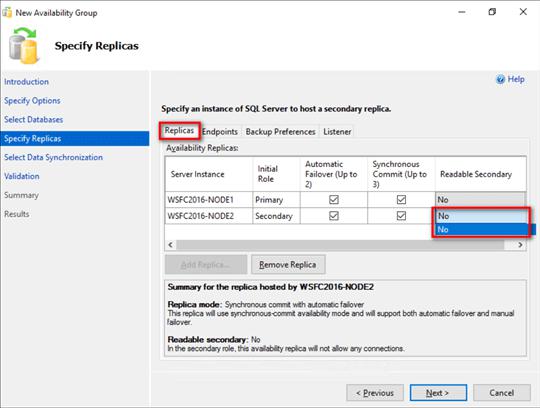 While there are limitations, there are also advantages when you compare them with Database Mirroring in Standard Edition.

Understanding the benefits and limitations of Basic Availability Groups can give you enough information to decide whether you would like to still use Database Mirroring regardless of its deprecation status or upgrade to Enterprise Edition to take advantage of all the Availability Group features. However, both options still put you at a disadvantage – the former being at the risk of using an unmaintained feature, the latter being more expensive.

Understanding the difference between an instance and a database can help make decisions in implementing the appropriate high availability solution in terms of operational efficiency.

In an FCI, the entire instance is protected. If the primary node becomes unavailable, the entire instance is moved to the standby node. This takes care of the SQL Server logins, SQL Server Agent jobs, custom objects stored in the system databases, certificates, Extended Events sessions, and more. These instance-level objects are stored in the system databases which are physically stored in shared storage.

In an Availability Group – be it the traditional or basic – only the databases in the group are protected. System databases cannot be added to an Availability Group – only user databases are allowed. It is the database administrator’s responsibility to replicate system objects like SQL Server logins, SQL Server Agent jobs, certificates, etc. on all Availability Group replicas. If all the dependent system objects are not replicated on all replicas, the database may end up becoming inaccessible to the application; as in the case of missing SQL Server logins or partially functional as in the case of missing certificates for Always Encrypted (SQL Server 2016 Service Pack 1 made Always Encrypted available in Standard Edition).

If you are more concerned with instance-level protection to minimize possible human error during change management processes, then, an FCI is the way to go. There is a possibility of increased human error with Basic Availability Groups since it is the database administrator’s responsibility to replicate all of the changes to all of the replicas. 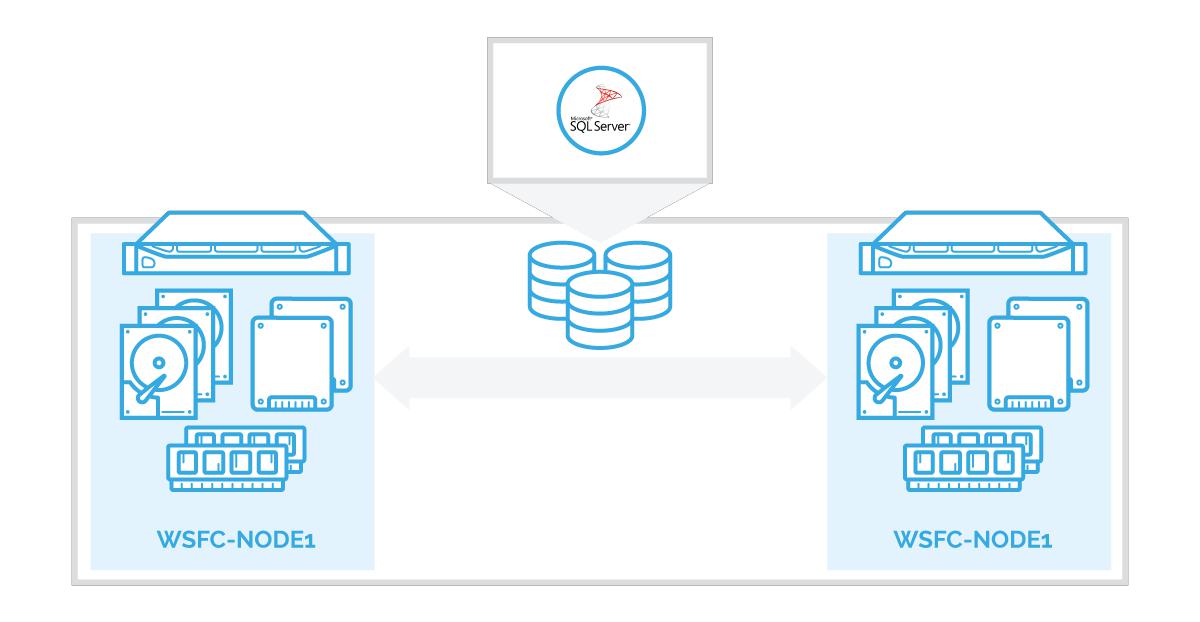 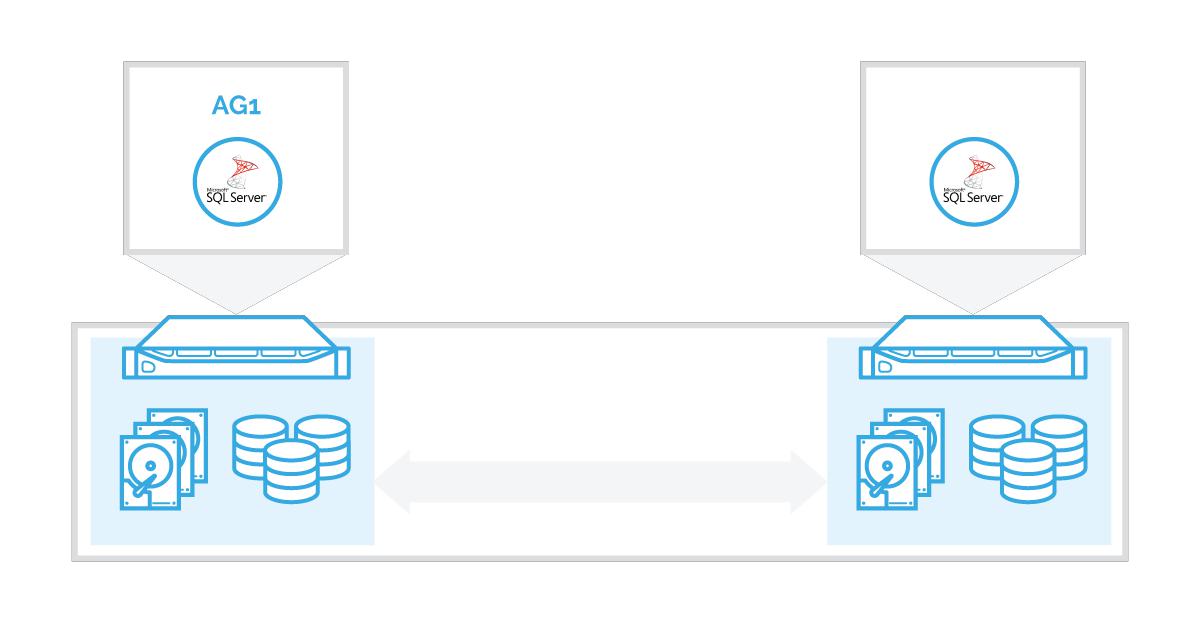 If you don’t have a dedicated team of storage engineers who are responsible for a shared storage subsystem, then, Basic Availability Group is the right solution. The complexities of a shared storage subsystem like a storage area network (SAN) require the proper administration to guarantee high availability and resiliency because the storage becomes a single point of failure.

You may have certain disaster recovery requirements to have multiple copies of your databases.

If this is the case, then, Availability Group is your solution.

More Licensing Beyond the Usual

Below is a summary of the comparison between Basic Availability Groups and FCI in SQL Server 2016 Standard Edition.

There could be cases where you would need instance-level protection, multiple copies of your databases and a guaranteed true standby server while minimizing licensing costs. Instead of implementing just an FCI or a Basic Availability Group, why not have both? The reference diagram below describes this architecture.

And while you may need an extra Standard Edition license on top of Software Assurance to cover WSFC-NODE3, it is still relatively cheaper than an Enterprise Edition license.

Basic Availability Groups is a welcome addition to the list of high availability and disaster recovery features in SQL Server 2016 Standard Edition. But with all of the features available, choosing the right solution can become daunting and confusing. Understanding the difference between an FCI and Basic Availability Groups in SQL Server 2016 Standard Edition can help guide you in making decisions when implementing the appropriate high availability and disaster recovery solution for your SQL Server databases.